At multinational firms like network-equipment giant Cisco Systems Inc., Apple is going mainstream. Cisco in 2009 adopted a „bring your own device“ policy under which employees purchase their own phones and tablets, with Cisco paying the wireless bill in certain instances. Now, iPhones and iPads account for nearly three-fourths of the 70,000-plus mobile devices supported by Cisco’s tech department.

Apple laptops spread quickly after Cisco gave employees the option to switch from Windows-based laptops. Today, one-fourth of Cisco’s company-provided laptops—roughly 35,000—are Apple MacBooks. Macs cost more than PCs, a hurdle for Apple in the past. After taking into account factors like maintenance and support, Sheila Jordan, a Cisco senior vice president, said the costs end up about even over the life of the machine.

For years, Apple devices weren’t very practical inside companies, because many business applications were written only for Windows. The spread of Web-based software helps overcome such limitations. Cisco provides software to its Mac users that lets them tap Windows programs.

The rise of apps also works in Apple’s favor. Cisco recently opened its own app store for employees, featuring nearly 60 programs for instant messaging, logging vacation days, and Web conferencing through a phone or a tablet.

Traditional makers of business software are making versions of their products for phones and tablets. Salesforce.com Inc., which offers its software to manage customer relationships over the Internet, says most of its apps are being downloaded to Apple devices. 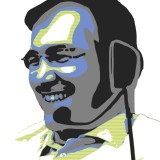